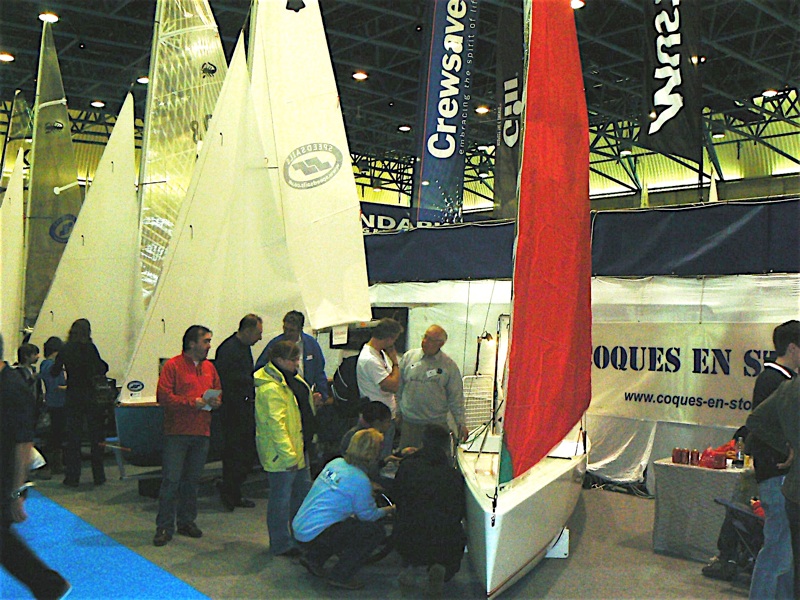 The RYA Volvo Dinghy Show, in association with Yachts and Yachting and Suzuki, proved as popular as ever this year with dinghy enthusiasts from across the country and as far afield as India and America flocking to Alexandra Palace, London…

“We had some 9,000 people attend this year’s show, which is two percent up on last year’s figures… Being the only show in the world dedicated to dinghy sailing it really is a must for all dinghy sailors and enthusiasts…

“This has been the best Dinghy Show I have seen yet! I’ve loved it.  Some brilliant boats and a great buzz”, commented Mark Jardine, Editor of Yachts and Yachting.

The only French boat builder represented at this show was Coques en Stock. They were here especially to announce the launch of their multi-access racing keel boat, the Neo495. Coques en Stock had a fantastic inaugural show at Alexandra Palace.  ‘The interest shown in the Neo495 was overwhelming’, commented Alain Inzelrac, designer and builder of the Neo495. He went on to say, ’ The interest and enthusiasm showed by English sailors in the Neo495 has been fantastic and we are now confident that within a year we will have established the Neo495 Class Association’.

The RYA Volvo Dinghy Show was also the occasion upon which Monique Foster, the UK Ambassador  for Class Neo495, officially announced that the Neo495 will be participating in the RYA Sailability MultiClass Regatta at Rutland Water from 12th to 14th August.

The Neo495 has been invited to compete in the regatta alongside the two current Paralympic Class boats, the 2.4mR …, Artemis and Challenger trimaran. Coques and Stock cordially invite all visitors to the stand at the RYA Volvo Dinghy Show for a taster sail on the Neo495, on Thursday August 11th, the day before the regatta.